Women in the Technology Industry

Women in the Technology Industry

The workplace is going through transformational changes for the better, with initiatives for the BAME community, equal pay and gender equality. This really is an exciting time and being in the recruitment industry, we get the opportunity to influence this directly for our clients.

Levelling the Ratio of Men to Women

In particular, we have seen a big surge in “Women in Technology” over the last couple of years. Companies have set out clear, strategic agendas to embed their commitment to levelling the ratio of men to women in the workplace. There are a few reasons as to why there is such a disparity, often stemming from traditional views of women in the workplace, the lack of support when balancing career vs family and women’s perception of themselves.

At this current time, women represent approximately 17% of those working in tech, with a large proportion working as System Designers and IT Business Analysts. It has however been documented, that women and gender diversity has not only social, but economic benefits, with executive teams being 21% more likely to have above-average profitability than those without, equating to approximately £2.6 billion each year. The proof is in the pudding!

There are two fundamental areas that are being addressed; attracting women to tech and retaining women in tech, both of which require a separate collaboration of ideas. According to Forbes, women are 45% more likely to leave the tech field than their male counterpart. The graduate level has proven the most successful path for women entering the world of tech, which has been helped by increasing exposure to the industry whilst at school and university and removing the ‘geeky tech’ stereotype. Retaining women often lies with the support, empowerment, career paths and equal pay that is offered for longer term success.

The tides are turning and it is important to highlight that it is not about hiring a woman or promoting a woman because she is a woman. She needs to understand that she is the best person for the job and the infrastructure is in place to uphold, empower and thrive in what is no-longer a ‘male dominated’ environment.

The technology giants such as Amazon, Facebook, Apple, Google and Microsoft still have a long way to go to meet their gender equality goals as evidenced in this 2020 data.

Working to Support Our Clients on Diversity

Next Ventures work with a number of clients across all industries; from Financial Services, Not-For-Profit organisations and Global Consultancies, who have implemented initiatives to attract a more diverse workforce. For example:

In the last few years we have seen strategic processes put in place to aid in the growth of the female workforce, with quotas. At Next Ventures, we have the perfect toolset which enables us to offer every possibility to a candidate and client, forming an innovative, empathetic and market-leading search. Thus, assisting technology teams to exceed their gender equality targets whether it be short term or incremental increases over a longer period of time. This can include but is not exclusive to:

With the wheels in motion and the industry awakening to the value both as customers and employees, the opportunities are endless for both the individual woman but also the success of the organisation. If there are any prospective clients or candidates who would like to know more about how we can help, then please get in contact. 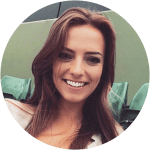 This article by Phoebe Gregory

For more information on Women in Technology and how Next Ventures can help deliver change contact Phoebe here:

©2022 Next Ventures Ltd. All Rights Reserved. Privacy Policy. All other trademarks are the property of their respective owners