Move to Larger Office in Amsterdam

Move to Larger Office in Amsterdam

Growth in the Netherlands

Due to continued growth Next Ventures, the IT recruitment specialist, have moved their Netherlands subsidiary Next Ventures BV to new offices in Europe’s leading tech capital, Amsterdam.

Next Ventures are one of the fastest growing and multi award winning, niche recruiters, focused on ‘Large Enterprise Technology’. Building on the continued success of their Netherlands office, which opened in Amsterdam November 2015, Next Ventures BV have relocated to larger premises in the heart of the city.

Their continued investment into the Netherlands operations will enhance further their ability to support their impressive roster of clients.

“The decision to be based in Amsterdam is to better serve the needs of our growing client base in Benelux for more niche technical skillsets. The continued investment and new larger office is testimony to the Amsterdam team’s success in achieving this and confirms we are getting it right.”
Richard Lacey, Founding Director

Amsterdam is establishing itself as the leading tech centre in Europe. In a recent study by Hubspot, the CRM and Marketing platform, the city came out ahead of Berlin, Dublin and London. That study was focused towards start ups but Amsterdam is also home to nearly 600 international ICT companies, 170 of which have chosen Amsterdam to locate their headquarters.

Names like Microsoft, Cisco, Interxion, Infosys, Huawei, Oracle, Intel, IBM, Verzion and Google are all taping into Amsterdam’s excellent IT infrastructure. There is an impressive list of reasons why the city is such a tech magnet such as being home to the worlds largest data-transport hub AMS-iX (Amsterdam Internet Exchange). The city boasts the fastest European mobile speeds by far. A lower than average cost of living combined with significantly higher average salaries add to the attraction.

“Our services are better aligned, for both candidates and clients, by more face to face time spent with the talent pool of skillsets that are in such demand here. It is this time with local talent that allows us to fully understand their motivations and so introduce only quality candidates to our clients, quickly when needed.
Amsterdam is an incredible city to both work and live in with so much to offer. The business culture here is different to the UK so even more important that my team are Native Dutch, who truly understand how business is conducted. Our growth is testament to the excellent team we have built, all are true subject matter experts in their field and I am excited to see what the future brings as we continue to attract more talented people to come join us.”
Richard McCarthy, Country Manager

Amsterdam scores highly on the lifestyle front too with it’s canals, arts and culture, architecture, and low traffic volume all contributing to the Netherlands being ranked number one in terms of work-life balance according to the 2018 OECD Better Life Index.

All this makes it easy to see why the city is so popular with Large Enterprise Technology, tech start-ups and such a magnet for technology talent. Hubspot recognised this and awarded Amsterdam ‘The Best European Tech City to Work In’. 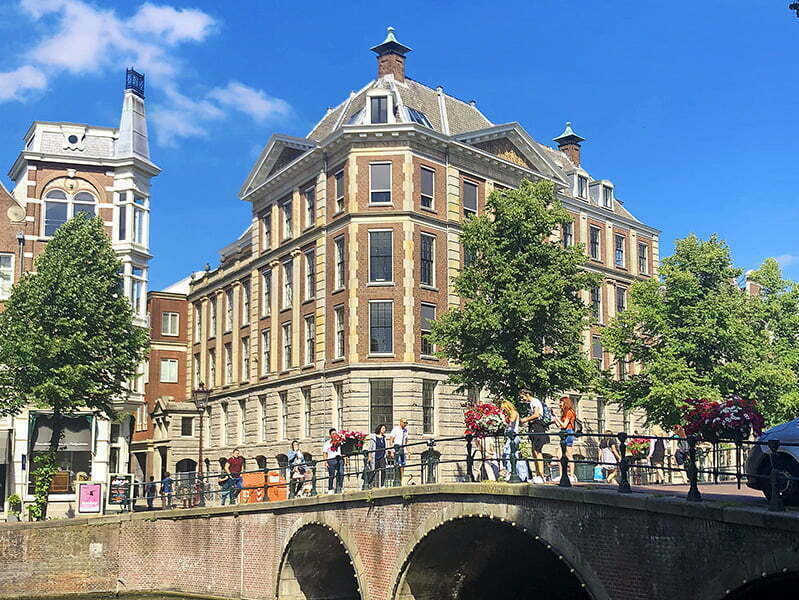 ©2019 Next Ventures Ltd. All Rights Reserved. Privacy Policy. All other trademarks are the property of their respective owners

We use cookies to ensure that we give you the best experience on our website. If you continue to use this site we will assume that you are happy with it.Ok