Apply for this job 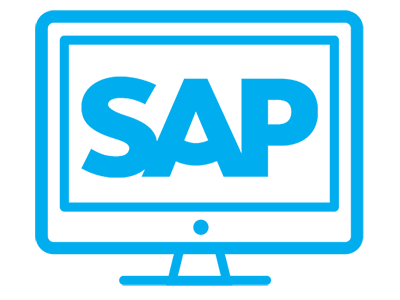 A Division of a US‐Listed group is looking to recruit for the position of SAP Development & Audit Manager. This role will be responsible for the continued development of the recently implemented SAP S/4 Hana ERP System, managing relationships with various stakeholders across the Division, including system users, third party consultants and its auditors. The role will be based out of Manchester, UK and working alongside a small team the SAP Development & Audit Manager will be responsible for progressing with system development for both its Manchester site and sister site in the USA. Areas of responsibility and key priorities include: 1. SAP Application, SAP GRC and Azure Management:   Management of the SAP and GRC systems to ensure business end‐users can carry essential functions during business hours. This will include liaising with the third‐party SAP support partner and managing items such as service requests through the partner portal and acting as the key business contact. For GRC this will involve managing emergency access for when users require privileged access to the S/4 Production client, ensuring its effective operation. In addition, the role will work with the IT Manager and third‐party Azure cloud partner to ensure that the system is available, and problems remediated in a timely manner, should they arise. SAP application activities will include (but are not limited to) acting as the Solution Architect for the system to ensure that any changes / remediations are considered in a holistic manner, addressing any user issues in the system, including the review and update for user roles and authorisations, being mindful of potential segregation of duty conflicts, and being responsible for transports into the production client. Activities will also include management of patching, upgrades and copyback activities for each of the three environments (Dev, Quality, Production). 2. SAP System Development: a. The immediate priority will be working on a defined list of system modifications agreed with the Division’s third‐party SAP consultants and end‐users. Working with the business, the role will be responsible for project managing this work, resulting in the implementation of these modifications into the System, and making sure the work is delivered on‐time and at the agreed budget. b. Identifying any further needs ofsystem usersforfuture improved functionality they would like to see in the System, and scoping out this work with the Division’s third‐party SAP consultants, followed by presentation to the Senior Leadership Team to enable evaluation, and a commercial decision to be reached. 3. Management of the SAP IT Audit, which as part of a US‐Listed group, consists of defined sets of general IT controls, SAP application controls, Hana database controls and automated controls that operate throughout the year (including every month), as part of the Sarbanes Oxley (“SOx”) programme. The SAP S/4 Hana system is subject to periodic audits by both internal audit and external auditors. The role will be responsible for meeting all auditor requests, managing the audit timetable and ensuring the control framework is adhered to throughout the year. Key strengths in this area will be knowledge of the S/4 System, a strong appreciation of effective system controls, foresight to be able to identify potential role conflicts and elevated system access privileges, an awareness of evidence retention to demonstrate controls compliance and effective project management skills. Effective SOx compliance for the System is a key priority. The position is immediately available.

©2020 Next Ventures Ltd. All Rights Reserved. Privacy Policy. All other trademarks are the property of their respective owners

We use cookies to ensure that we give you the best experience on our website. If you continue to use this site we will assume that you are happy with it.Ok